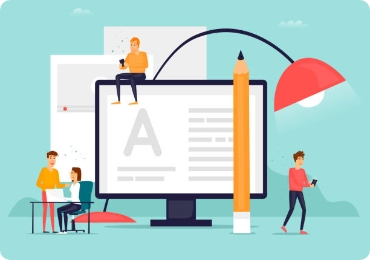 Sometimes you work with numbers that are pretty big. The combined GDP of the European Union. The population of India. The number of blog posts debating Python vs. R.

Imagine we’re dealing with 500 global companies that have an average market cap of 28 billion dollars with a standard deviation of 8 billion. Our summary statistics in R would look like this:

It is quite possible that I zoned out during this material while in grade school, but at first glance—and without knowing the dataset well—I find it difficult to interpret the values.

Plotting a histogram with ggplot2 doesn’t help as it also defaults to scientific notation along the x-axis, although at least it doesn’t pivot from e+09 to e+10 as seen with the summary. 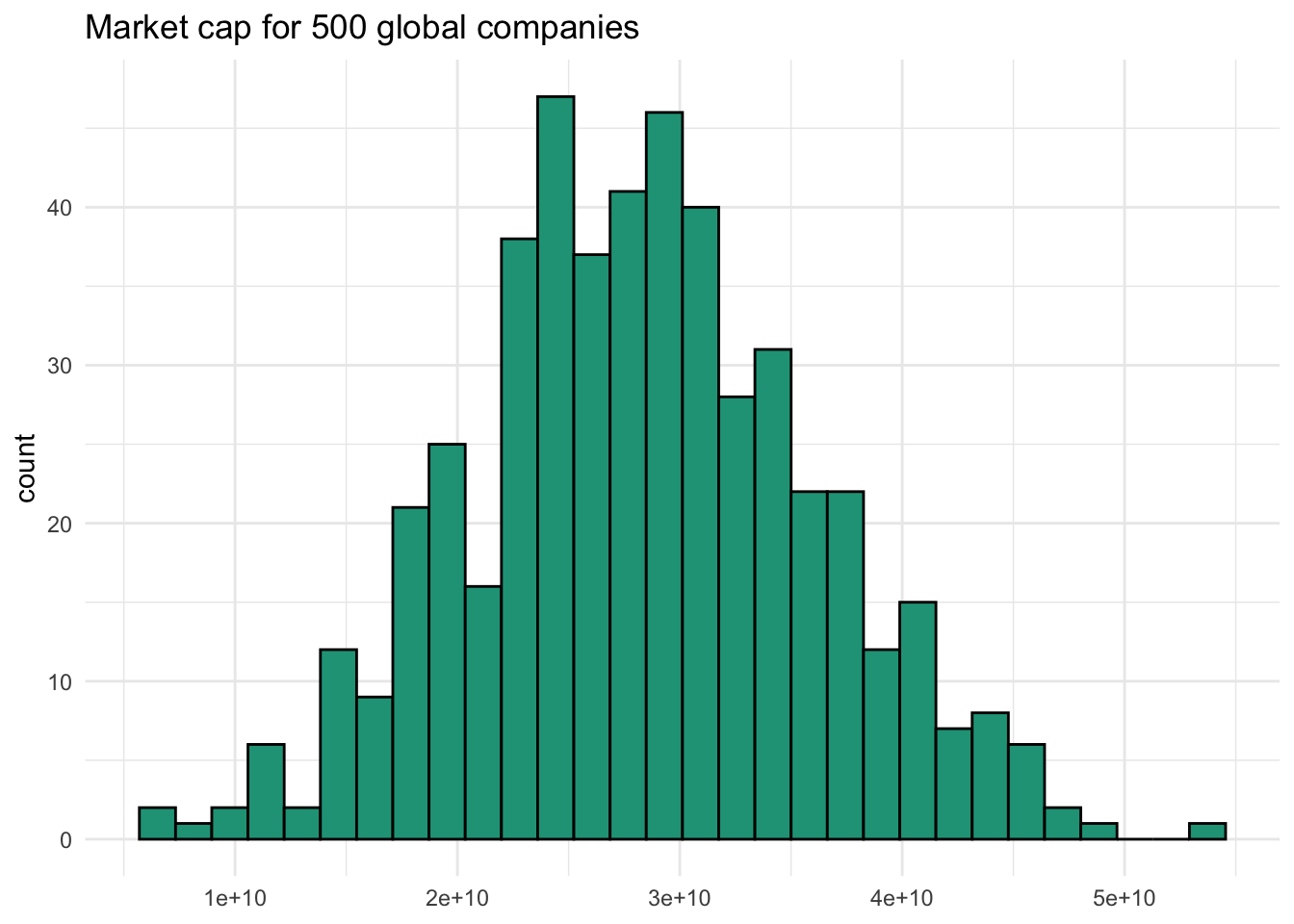 Before exploring some “hacks” to get rid of the strange notation, let’s take a look at how the translation actually works. Although not always useful, any number can be converted into scientific notation. R uses scientific e notation where e tells you to multiple the base number by 10 raised to the power shown.

Let’s start with the number 28. Scientific notation adds a decimal after the first number before applying the system. So 28 becomes 2.8 x 10^1 or 2.8e+01 in e notation.

If you want to avoid scientific notation for a given number or a series of numbers, you can use the format() function by passing scientific = FALSE as an argument.

You can address the newly surfaced visual problem of too many zeros by adding comma separators with big.mark = ','

I generally apply the more aggressive solution by telling R to avoid all scientific notation by setting options(scipen=999) at the top of the script. This forces the full display.

After adding this bit of code, our histogram includes all the expected digits by default. 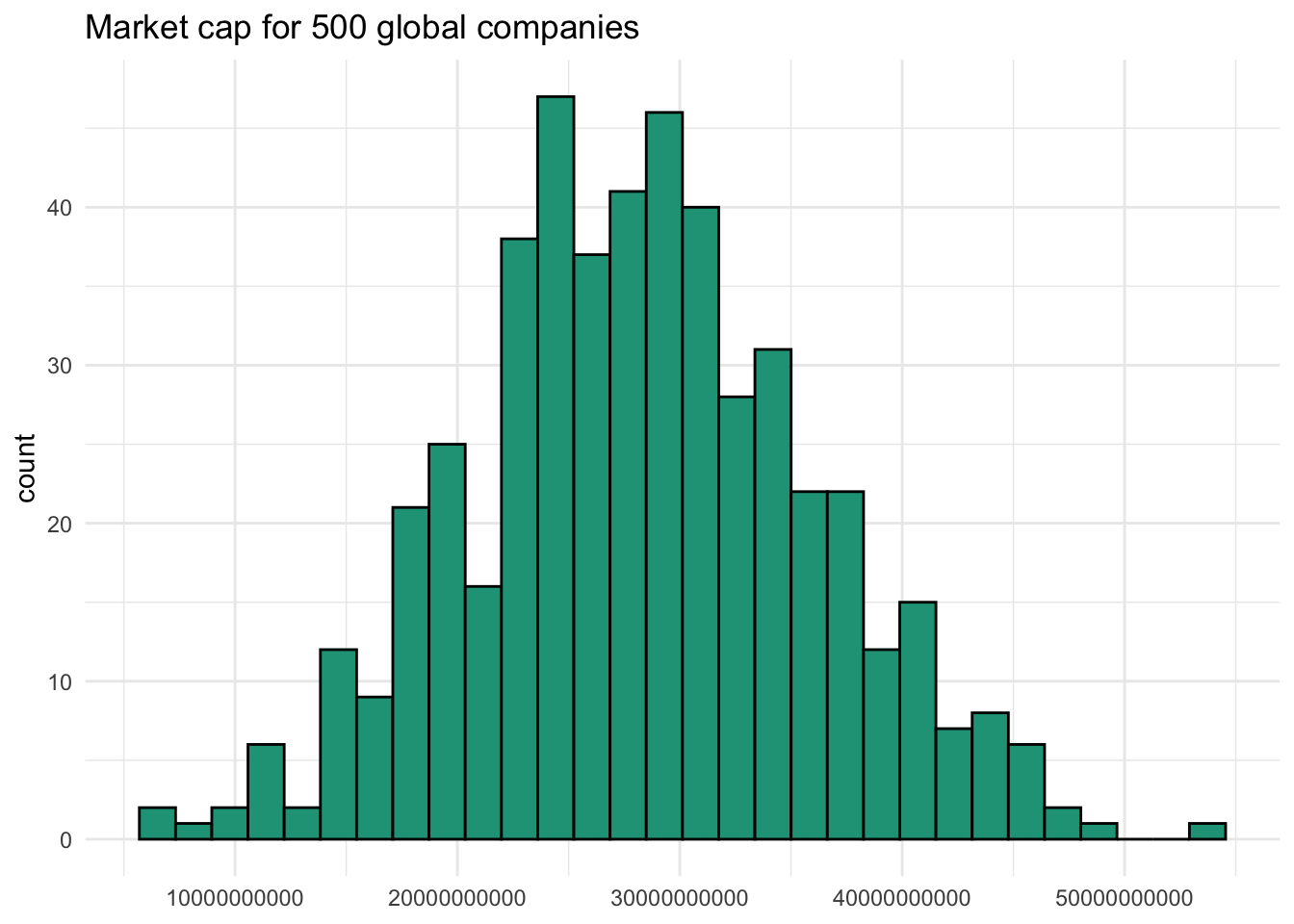 Is this easier to read? Probably not, even if commas were added to breakup all those zeros. Thankfully we can use library(scales) to convert the axis labels to something more visually appealing. Here we call scale_x_continuous and pass the label_number function along with scale = 1e-9 in the labels argument. This tells the computer to scale back the data by 10^-9. 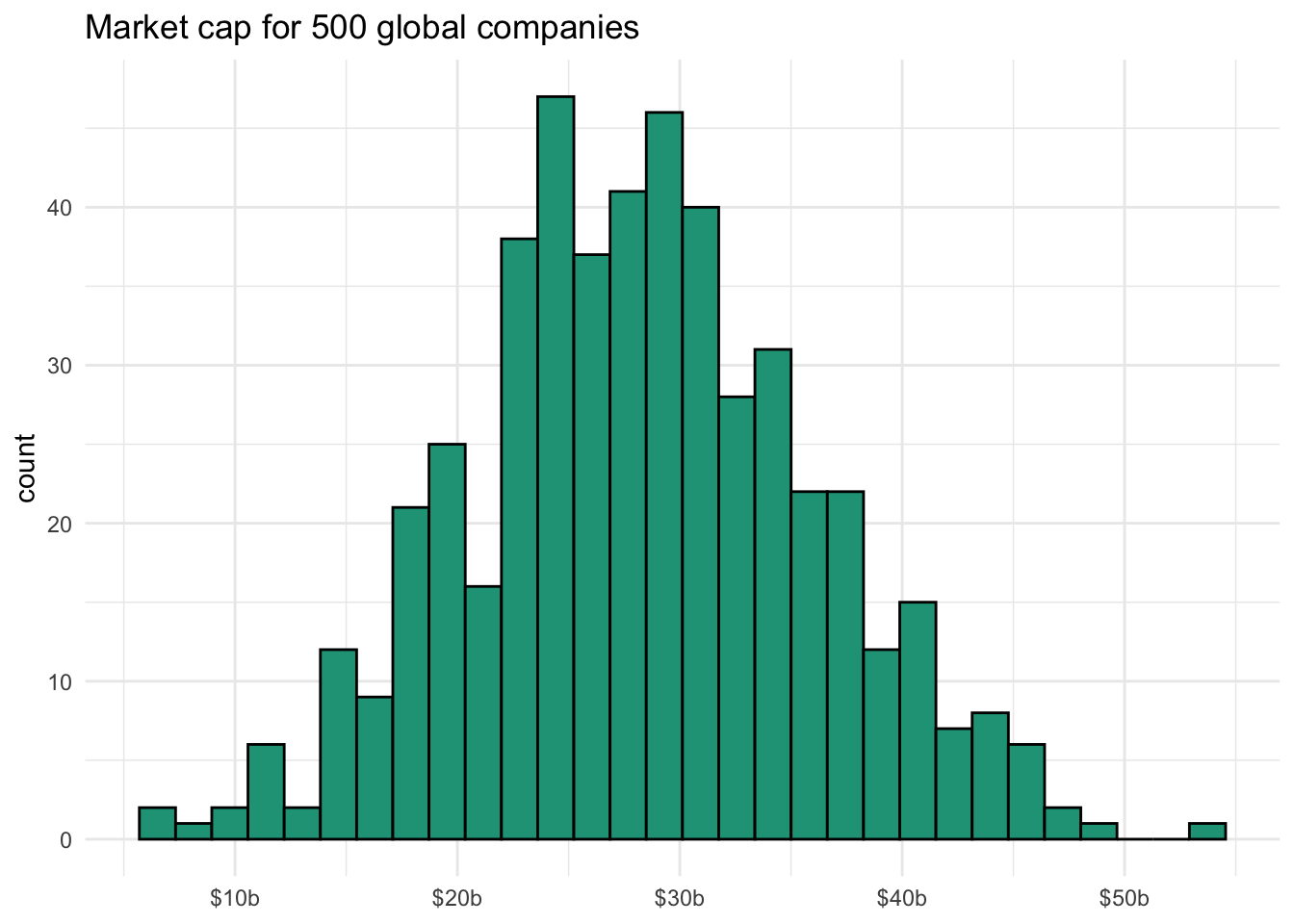 We can see this scaling work with our big_number variable of 28 billion, reducing it to the expected value of 28.

By Rafael A. Irizarry